Bad, Bad Innkeeper – Kicking a Pregnant Mother to the Curb (Or NOT!) 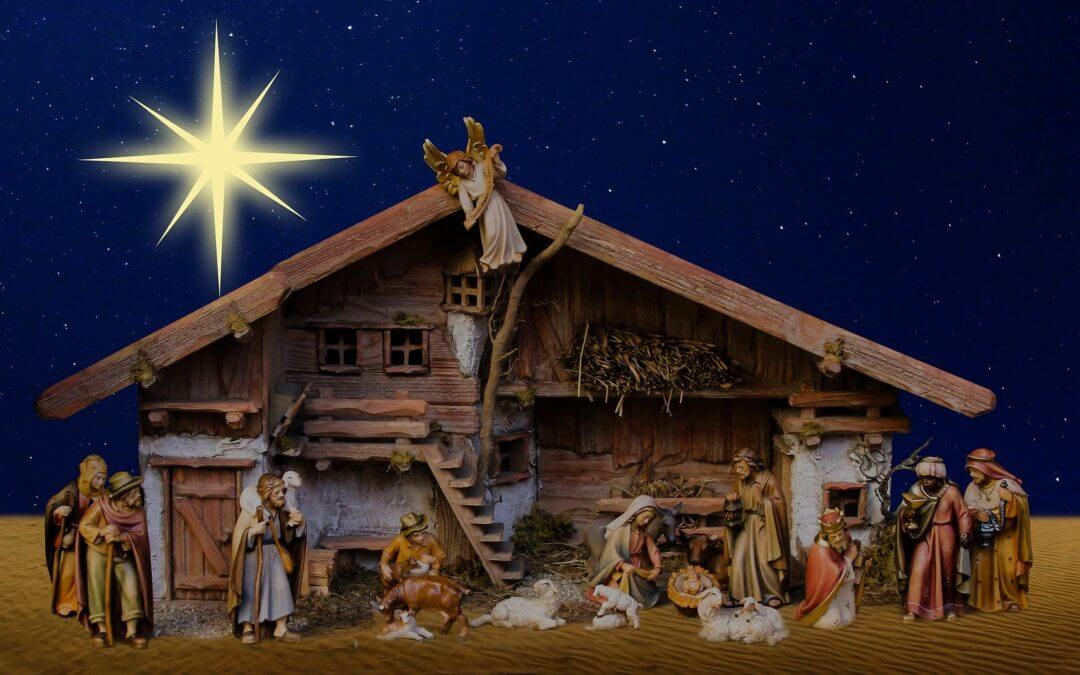 You’ve seen the drama and the movies. A rushing Joseph enters Bethlehem looking for a room for his very pregnant, laboring wife. Doors slam in his face while Mary looks concerned as the baby presses. The Christmas story passed down seems to include two really mean guys – the innkeeper and Herod (whom we will cover in the next blog). 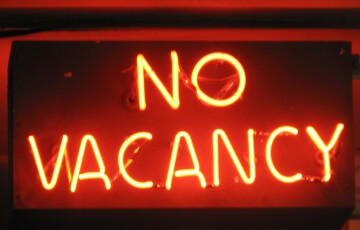 The innkeeper, as the play goes, runs a hotel that has no vacancy so he turns away the desperate young couple. Maybe in your mind’s eye the innkeeper is simply stating the fact, “No room here.” Or you may imagine him as indifferent, or annoyed, or worse.

What we are going to share in this blog may shake your view of the Nativity scene a bit. That’s not really our intent. But we love the Bible and want to offer another possibility of hospitality. Examining the Christmas story can grow your love deeper for Jesus. Give the Bible a chance, without the drama others have added. (Many birth story ideas were passed down from The Protevangelion of James in the 2nd Century. The idea of Mary alone in a cave came to us from the writings of Justin Martyr in the 2nd Century.)

We used to live in the Middle East, and we experienced hospitality in both cities and villages. The people of Cairo and Jordan both showed us an overflowing culture of hospitality. Walking down our street in the evening we would receive 2-3 invitations to come inside and drink tea. Our neighbors knew we were different because we never entered the local bar which most westerners did, so they respected us. Through that simple choice, many doors opened.

It was during this time of experiencing Middle Eastern culture, that we began to read the Christmas story and notice words and context. Later, we found Kenneth Bailey’s excellent, thick book Jesus Through Middle Eastern Eyes.

So, let’s slow down and examine the biblical text – as it’s written and not how it’s performed.

The text simply says, “While they were there, the time came…” That’s it! Certainly a baby’s arrival is exciting, but the text includes no last-minute rush, no urgent doors slamming. Perhaps, we also need to take it slow and realize the couple preparing to welcome the Savior of the world had enough drama without anyone adding a time crunch!

If they had time, why did they end up in a cold and lonely stable? Did Joseph not care? Where did they stay before the birth of their child? Were they thrown out when labor started?

Hospitality and Honor
Joseph returned to Bethlehem for tax purposes, and his family hailed from there. In our day and age when people move frequently, we might assume that Joseph knew no one. But another possibility is that he was not an unknown stranger. Joseph’s lineage linked him to the town. Guys, can you imagine a relative of yours needing a place to stay, with a very pregnant wife, and you turn them away? Ladies, can you imagine your relative’s wife about to deliver and you don’t clear out a space for her? Would you reject a young couple and send them alone to a barn or a cave? Then, what about that “terrible” innkeeper? What was he thinking?

Honestly, in the honor/shame cultures of the Middle East (and in Western cultures too!) a woman in labor takes precedence over the comfort of most anyone else in the house. It’s a life and death situation. You have seen movies where people click into frantic “emergency mode” to help when a baby is about to be born. In the first century culture of Bethlehem, whether Joseph’s relatives or not, any host family would give dignity, care, and honor to an expectant mother. Perhaps, Jesus was not an outsider at his birth, but welcomed into a home with humble hospitality.

So, Where’s the Manger?
Isn’t a manger in a separate barn? No, perhaps not, especially when you realize the way homes were built during this time of history. We have stayed in guestrooms located on the upper area of flat-rooved houses. We have also slept in stilted huts with animals herded and kept underneath us on the ground floor. So perhaps an examination of a first century Judaean peasant house would help our understanding.

Note that neither Matthew nor Luke mention a hotel or an inn in the birth story. Jesus uses the ordinary word of a commercial hotel (pandocheion) with his Good Samaritan parable in Luke 10:25-37. But Luke 2:7 does not use the ordinary word for a commercial hotel. Rather he says, “there was no guestroom available for them.” The Greek word for guestroom is kataluma, and Luke uses it again in reference to the Upper Room in Luke 22:11 for Jesus’ last Passover meal. 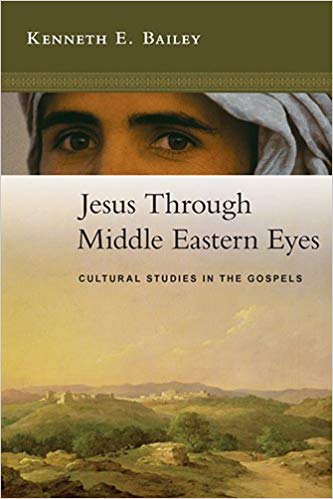 Ken Bailey provides insight here with an excellent diagram. In simple homes people would cook, eat, sleep and live in one main room. They would not have a separate barn or stable for animals. Instead, for warmth and safety animals were kept close to the family. The floor would slope downward toward the feeding stalls below the one main room in the house. The whole family would live in one larger room, with a separate kataluma for guests (or prophets).

Jesus perfectly illustrated a simple village house when he stated, “No one after lighting a lamp puts it under a bushel, but on a stand, and it gives light to all in the house” (Matt. 5:14-15). One lamp lit an entire house.

With this understanding, the soft, hay-filled manger was located in the central area of the home, and Mary had help from a simple, caring family, with the men moved out appropriately.

So instead of seeing the innkeeper as pushing away desperate Joseph and sweet Mary, perhaps Joseph’s relatives gave them the place of greatest safety, and warmth, and welcome. Perhaps “the innkeeper” showed them kind hospitality and did NOT kick them to the drafty, dusty barn while his family rested happily inside. Perhaps he said, “Our guestroom is too small for a crib, but you can use the manger.”

We love the header image, so we will include it here again, just because! Notice some of the differences from the usual picture. 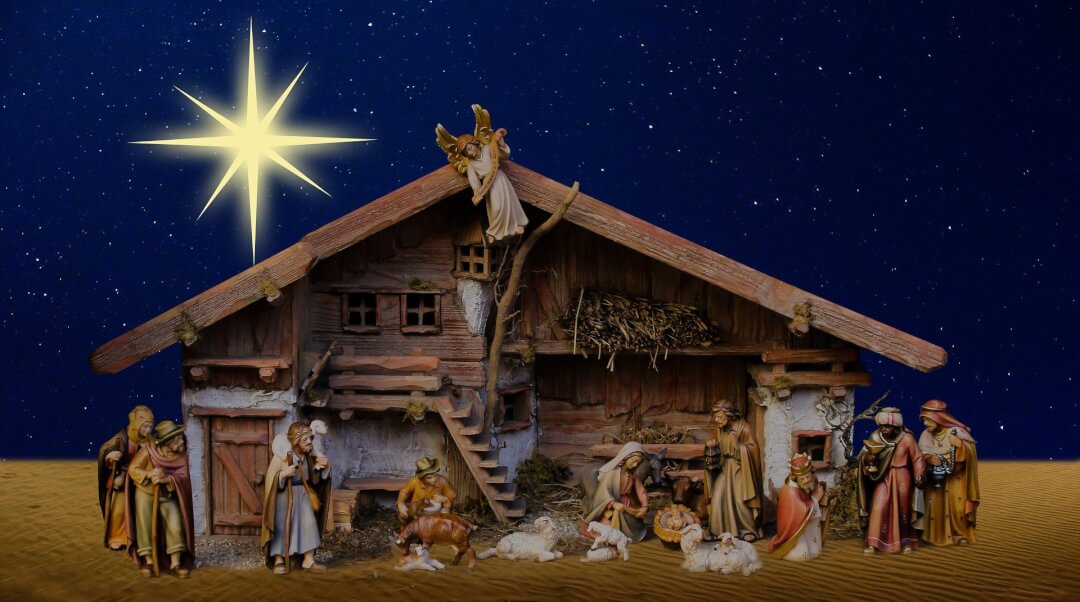 So Now What?
Wherever Jesus was received or not received as a baby, let’s make Christmas practical.

1. Have you received Jesus into your home, your life, your habits, your thoughts?
He wants to take up residence! Do you feel the urgency?

2. Who does your hospitality bless? Weary travelers? International students?
We recently heard about North Korean Christians sharing their meager food
supply with others to show Christ’ love. Sacrificial hospitality for Jesus’ sake…
who knows what the eternal impact will be?

3. What are you doing specifically for pregnant women this Christmas who are in crisis?
How are you opening the hospitable doors of your home to those in need?

This coming Saturday night we are opening our home to a group of East Asians. They are so excited since many of them want to understand the true meaning of Christmas. This Christmas season, don’t miss the chance to share the story of Jesus. Of course, Jesus’ life and message is not a Christmas-only thing! Let’s make room for him in our lives all year, and help others clear out space to give allegiance to the Messiah, the Savior of the World.