Mountains to Move: Tradition and Fear of Change 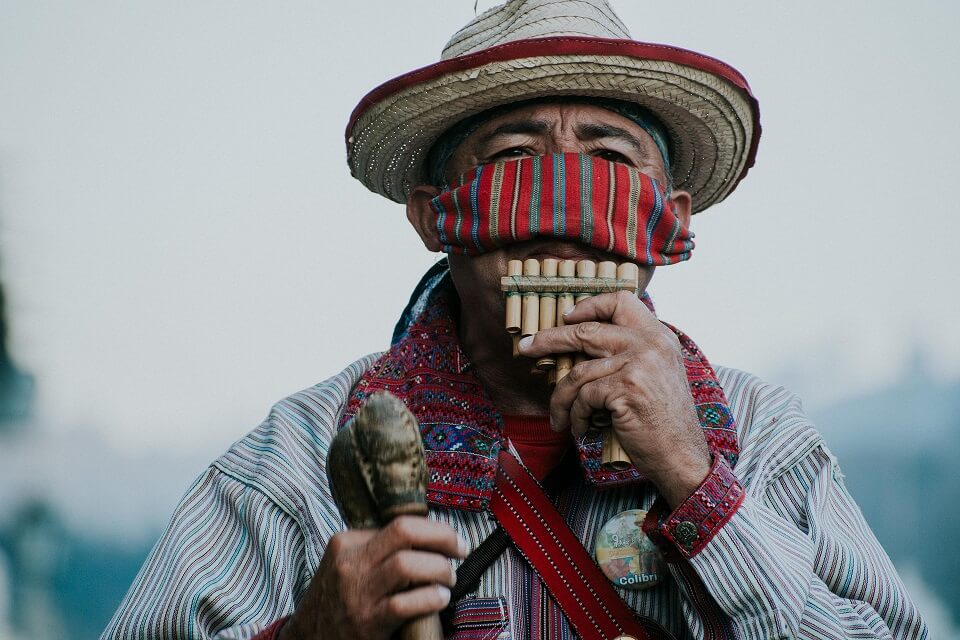 “To be Syrian is to be Muslim.” “To be Bhutanese is to be Buddhist.” “India for the Hindus!”

Cultural identity and tradition run deep, especially in cultures that go back hundreds or thousands of years. In many of these worldviews, the enemy keeps people bound by beliefs and practices that do not acknowledge the Most High God or the standards of God’s kingdom. Tradition screams loudly, and people naturally resist change!

When it comes to men and women, culture also informs how we relate.
A. If you are a female in Afghanistan (due to reinstated Sharia law in Fall 2021), girls over 12 can no longer attend school and females cannot participate in sports.
B. If you grew up in one village of Africa, men gather firewood and women weave baskets. In that culture, wood-gathering (by men) is considered more important. In another village of Africa, women gather firewood and men weave baskets. Guess which job is considered to be more important? You’ve got it! Basket-weaving (by men) is considered more important!
C. If you grew up in India, you may know the male child is valued higher than baby girls, with regard to education-access, medical care, inheritance, dowry, etc. As practical evidence, it it against the law for doctors to reveal a pre-born baby’s gender based on ultrasound, due to concern about sex-selective abortion.

But also in every culture of the world, you find parents who love their children, children who relish the hugs of their parents, and cultures that celebrate and appreciate beauty.

God wants people to create culture that lines up with His character, His standards. When we repeat or create traditions that do that, God smiles.

Of course, the enemy wants to trap people in cultures of hopelessness and death. As a result, many traditions lead to destruction. Consider:

The enemy has sought/seeks to keep these perverse practices as culturally esteemed and valuable. “That’s just the way it is” or “This ensures faithfulness” or “This promotes beauty” are powerful phrases that keep tradition (and destruction) going strong.

When brave followers of Christ work to stop barbaric practices, the resistance intensifies. “Leave our culture alone!”, “This is our tradition!”, “Who are you to change our culture? This is how our ancestors practiced, and we honor them!”, “Our spiritual leaders say it’s okay.”, “Are you saying that our grandparents were wrong?” You can hear the pride, the fear, the resistance.

Followers of Christ can look on certain blatant injustices like those above and easily agree that they are wrong/dishonorable. But what about traditions that prohibit women from serving alongside men in God’s mission? What about churches that limit how godly women, gifted by the Holy Spirit, can serve? Ahh, even if the enemy cannot maim or kill them, note how he aims to shrivel women’s influence, divide God’s laborers, and reduce their effectiveness.

The enemy loves a Church guided by policies and practices that cripple and bind. Some churches, believing they are following God, needlessly limit godly women and say, “That’s just the way it is.” Or “We value men and women equally, but women cannot serve as men can.” These powerful phrases keep traditions going strong.

When brave followers of Christ work to stop these mission-limiting practices, the resistance intensifies. “Leave our culture alone!”, “This is our tradition!”, “Who are you to change our culture? This is how our ancestors practiced, and we honor them!”, “Our spiritual leaders say it’s okay.”, “Are you saying that our grandparents were wrong?” Again, you can hear the pride, the fear, the resistance.

Due to the stronghold of tradition, many in the Church today ignore God’s original truths found in Genesis 1. When the tempter craftily asks today, “Did God really say…” let us not be deceived! God created BOTH male and female in His image (Indeed, God created 2 genders – male and female!) And God commissioned BOTH male and female to be fruitful, multiply, fill the earth, subdue, and rule. Today, secular society and the Church attempt to create culture in our own image, rather than being transformed into God’s image. This rebellion still leads to deadly consequences and pain.

If you are a person more comfortable with looking back fondly to the “ancient ways” of tradition, then consider that God’s original plan for men and women is more “ancient” than any fallen human culture. God’s design came before your childhood pastor, before your denomination, before your national heritage, before your religious traditions… God is the ORIGINAL foundation. If we love old traditions, then we must love God’s design. It came before everything! And God’s design from the very beginning was for men and women to be side-by-side, shoulder-to-shoulder fulfilling the five commands of both Genesis 1:28 and Matthew 28:18-20!

(And by contrast, if you are a person more comfortable thinking about “future-possibilities,” then consider that God’s ultimate plan for men and women in his kingdom is more “future” and “eternal” than any fallen culture can endure! And of course in God’s kingdom, men will not rule over women for eternity, nor vice versa.)

Change should make us look more like God’s character.

Jesus had a simple and powerful battleplan against this stronghold… know God’s standard and live it out – even when it is counter-cultural. Personally, Jesus defeated the demonic stronghold of tradition by fulfilling all the expectations and laws that lined up to God’s kingdom, and by correcting what did not line up with God’s kingdom. Pray S2S workers will live with grace and boldness to challenge fallen human traditions.

The enemy wants happy, entertained, plump, inward-looking, comfort-seeking Christians who find satisfaction in traditions. The enemy wants timid Christians too passive and too afraid to take a bold stand for Jesus. More victories for Satan equals:

Pray that those involved in multiplying men and women for the Great Commission will rightly divide the Word of Truth and line up with God’s character! May the mountains of TRADITION and FEAR OF CHANGE be moved, in Jesus’ name!