Strategy and Abiding: The Blessings of Merging 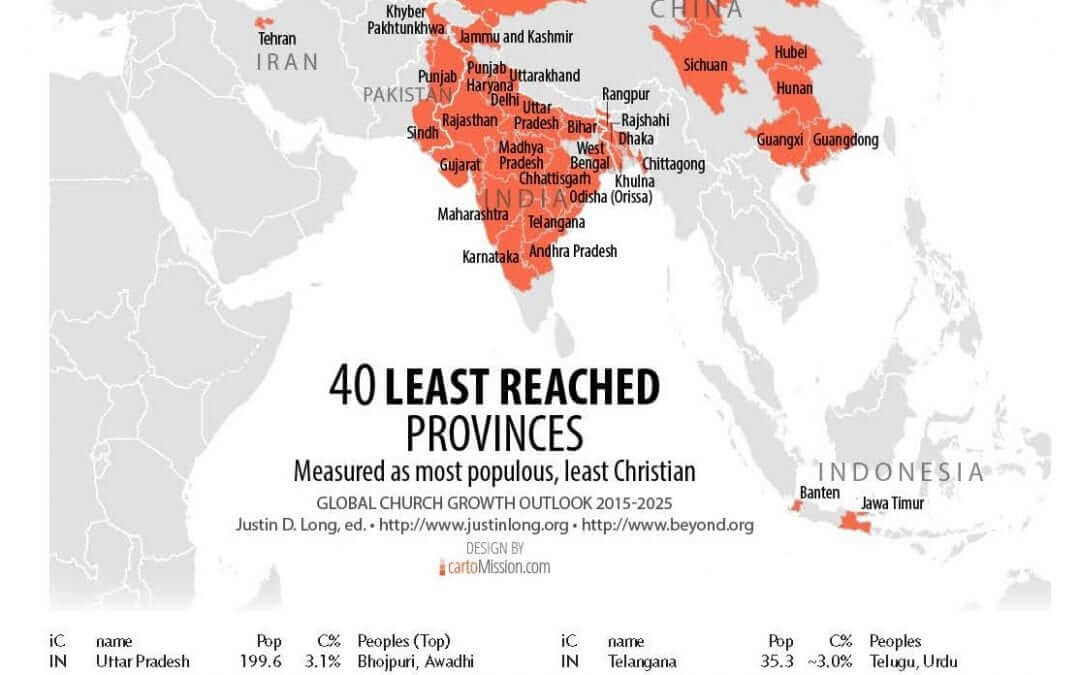 We all know working with a strategy enables any person to work with more efficiency. We also know that abiding in Christ is vital to be continuously renewed, refined, and transformed. But strategy developed while abiding in Christ moves to eternally impacting fruit!

While abiding in Christ and praying for ways to impact others, God can develop creative ideas and open doors for Good News tellers to enter new territories with Christ!

A young woman (Mina) miraculously finds a way to attend a church planter training 10/40 hosted with our local partners. Her heart burns with a desire to share the Good News. However, Mina’s oppressive in-laws will not allow her to leave the home. One day a young lady comes to her house selling detergent. Mina had been begging God for a way to go out among people and share His story. When she sees the detergent, an idea sparks in her mind. She asks for permission from her in-laws if she can also get a job selling detergent. The in-laws agree, as long as she brings home a profit. Since her strategy began, Mina has started 7 house churches in 8 villages where she moves door-to-door and house-to-house selling detergent.

A young couple prays about a region of their country where they want to serve as missionaries. There is a strong anti-Christian presence in the village where they feel called. They pray for a clear open door, that key strategy to allow them access into the village as Good News tellers. While they wait for God’s timing, they are invited to a 10/40 Connections’ Voice for the Voiceless training seminar. They listen to the seminar and their hearts race, “This is how we can enter into the new region.” The couple became equipped to share the seminar and when they moved to this completely unreached area of their nation, they found that the community opened wide when they offered the seminar. The Voice for the Voiceless seminar was the strategy that opened the door for the King of Glory to go into the community. To this day, the couple serves Jesus and offers hope in this remote area. They know of children alive now in their village because of the seminar.

Throughout Scripture we see the strategic, global God working out His plans. Sometimes the strategies of God are crazy! Sometimes we can’t help but ask, “What was God thinking?”

We definitely do not always understand God’s ways, but so many times, prayer leads to amazing results that only God can orchestrate. At the end of 2017, we received a report from our friends at Act Beyond. It listed the 40 most un-reached provinces in the world based on population size. Interestingly, these 40 provinces hold 1.87 billion people with limited opportunity to know Jesus Christ. 40% of the world’s lost live in ONLY 40 provinces!

You might have guessed that every province in the list would be in Asia. That did not surprise us. But we were shocked to see this list. 10/40 Connections is working in 11 of the 40 provinces! While abiding with Christ and praying for open doors and strategies, God has led!

As you partner with 10/40 Connections, you are working strategically in some of the most Gospel-neglected areas of the world. Good job!
Our question as we move into 2018 is what would happen, what could happen, if we found more believers abiding with Christ who wanted to make an eternal difference in these strategic hot spots?

This year, step more into abiding with Christ and listen to His strategic heart for every nation. As you listen, take steps of obedience toward His heart so that all people can hear about and meet Jesus. Be willing to move obediently into His direction – even if it requires you to sell detergent so that you can be among the people!

In 2018, may God open even more doors for you and for 10/40 Connections so that the King of Glory can enter and take up residence in the hearts and of the most unreached peoples on the earth.