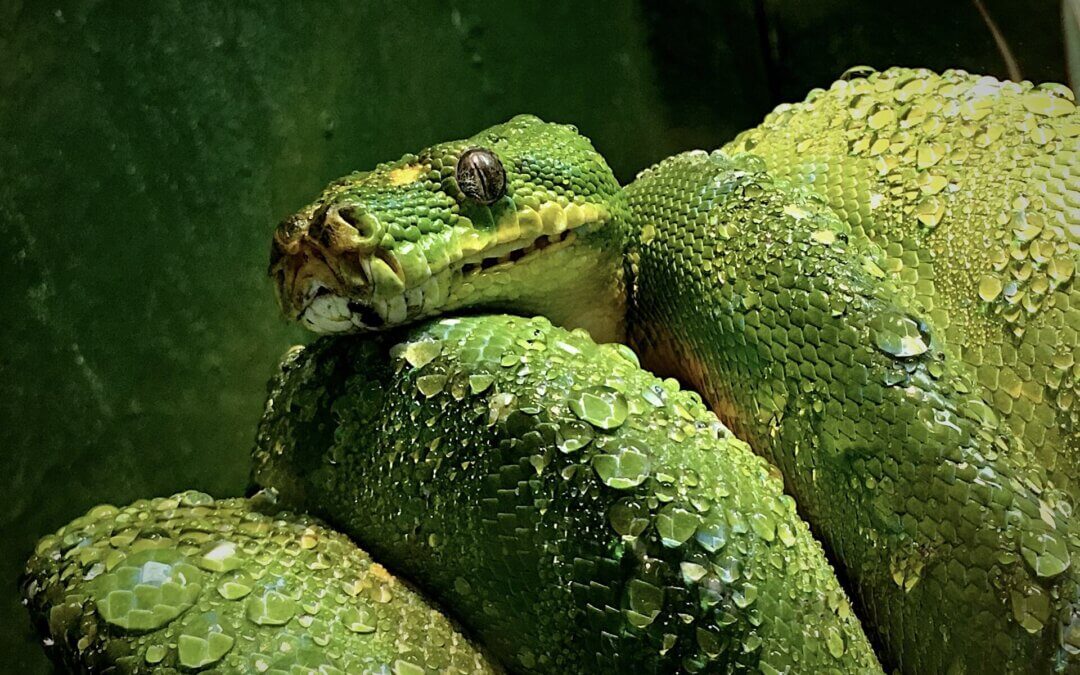 “Did God really say…” and with those words, the deception began.

The enemy’s first question to the unified, innocent, and perfect couple planted seeds of doubt about God’s Word. What exactly had God “really” said? How should they understand God’s communication? Had they misunderstood the words of God?

Even today, the enemy continues to destroy trust in God’s Word. He desperately wants to create a crack in our firm belief in the Bible as authoritatively God’s Word. But God’s Word is solid and true. We can trust it. We can stand on it. We can rely on it. “He will be the sure foundation for your times, a rich store of salvation and wisdom and knowledge; the fear of the LORD is the key to this treasure” Isaiah 33:6.

Since the enemy cannot break God’s Word, he wants to make it appear flimsy, outdated, irrelevant, untrustworthy, or bad for people. Yet, “The law of the Lord is perfect, refreshing the soul. The statutes of the Lord are trustworthy, making wise the simple” Psalm 19:7.

The enemy knows that if we never hear God’s Word or never learn it, we are essentially fighting without a sword. The enemy knows that if we abandon the Bible or deny it or only choose certain parts of it, we lose much ammunition in battle. Jesus showed us how to quote Scripture when in direct contact with Satan! “It is written…” Jesus said three times, and the victory belonged to Jesus.

Overcoming the stronghold of doubting God’s Word can be battled through, “It is written…” This simple phrase remains a powerful weapon available to us today whenever we engage the deception of the enemy. When we encounter direct demonic resistance related to men and women partnering in the Gospel, we should respond with “It is written…” then speak the truth of God’s Word.

Crafty, cunning, and knowing just the right buttons to push, the enemy also spoke blatant lies about God’s character and motives to the first man and woman. As the origin and source of lies, the “father of lies” caused doubt to creep into the first woman’s mind about the goodness of God. What good thing was God withholding from them?

“For God knows…you will be like God.” Even though they had walked with God and even though they were made in God’s image, this deception about God’s character turned their focus away from God and toward themselves. God had directed them to spread outward with God’s presence and with God’s global mandate as their supreme agenda. God’s glory would fill the earth through his image bearers. Their powerful global mandate became inward examination.

You may remember that St. Augustine and later Martin Luther developed the concept of “Incurvatus in Se” which means “curved inward on oneself” and this process describes the origin of sin! The first man and woman turned away from God and away from God’s mission. By the enemy’s deception, the couple gazed toward their own soul, their own desires…and with their disobedience, sin entered the world.

Satan continues to throw darts of deceit about the Bible and God’s character. For example:
–   God “made men superior” – Some claim God that could not possibly have created “men and women as equal strengths/ partners” in Genesis 1-2. After all, God created a man first, so men must be the “in- charge/leaders” of women. They claim men and women are equal, but man is must be the leader (or as Muslims say “one degree above”). Well… not only is this wrong thinking, it does not rightly characterize God and how He chose to design people. (It also displays a Western worldview of linear thought rather than a Hebrew worldview of chiasm.) Satan has confused millions with this line of deceptive reasoning

–   The Bible is untrustworthy because “women are property” – Some claim the Bible cannot be trusted because women are “not equal” in the Bible, and the Bible considers “women as property.” Well… not only is this wrong thinking, it makes the Bible appear irrelevant and biased and displays again a Western lens to ancient history and biblical literature. Satan has also confused millions more with this thought process.

–   Not just “male and female” – Some claim that there are more than two genders, and to claim otherwise is unloving or “hating.” This also completely misses Creator God’s clear creation of humanity as male and female. (Most who argue for transgender rights are not simply fighting for the rights of Klinefelter Syndrome (XXY)). Again, Satan is currently confusing millions with this shift in worldview.

Because each of us can be deceived, we must be very careful to remain in God’s presence, remain teachable, and always defer back to God’s Road Map – the Bible on any issue.

God’s Word is a sure foundation for our lives. It reveals absolute truth that enables us to discern when ideas come from the enemy that twist and confuse.
When people doubt God’s character, God’s mission goes to the wayside. After all, if God is not good, then why should we do anything that God wants?

Pray that those involved in multiplying men and women for the Great Commission will pluck out any seeds of doubt sown by the enemy and walk boldly in the light of God’s Word, trusting in God’s good character. May the mountains of DECEPTION and DOUBT be moved, in Jesus’ name!