Mountains to Move: Disunity and Disharmony 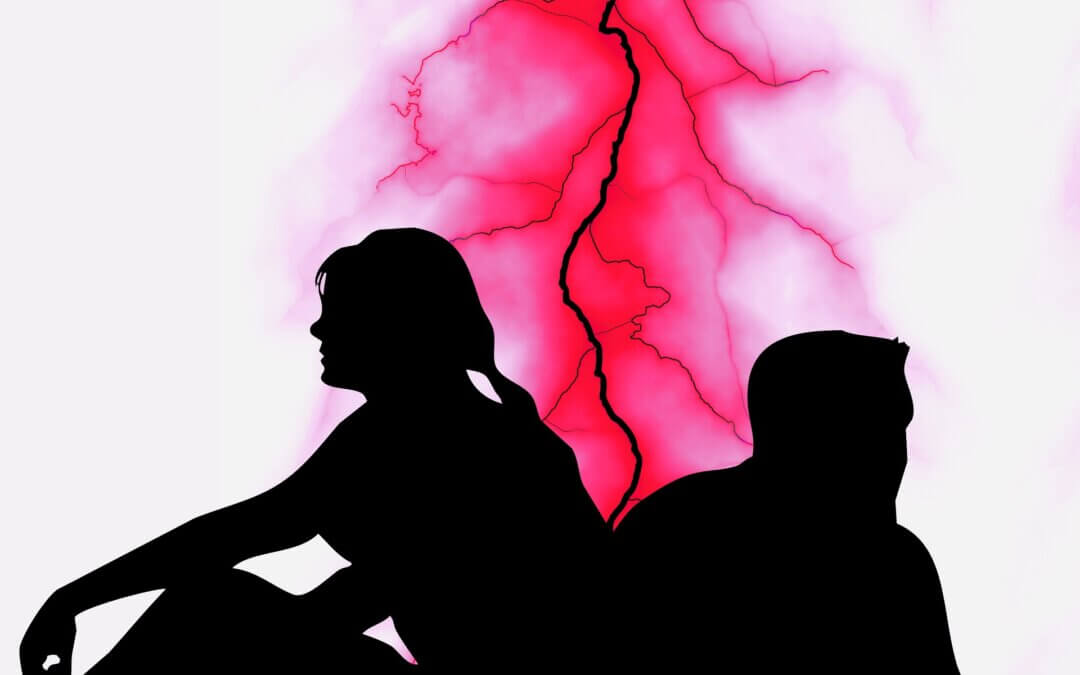 Fingernails on a chalkboard… SCREEEECH! Makes your skin crawl, but the enemy probably loves that sound.

But which is worse, that “chalkboard sound” or best friends intentionally destroying a beautiful friendship? That sound, or sarcastic and cutting words? That sound, or cold shoulders of stony silence? The enemy loves those sounds too. He likes anything that breaks up good relationships.

God created men and women to live out harmonious relationships. It started so well! The first man broke into a poetic song when he saw the first woman, “Bone of my bone. Flesh of my flesh.” His song showed how perfectly they were made for each other. He had been looking for something similar to himself among all the animals, but none were like him. Not even close.

God designed the relationship between a man and a woman – innocent, unashamed, sinless, and ONE.

God blessed THEM, and God said to THEM, “Be fruitful and multiply…” God intended that unified men and women “fill the earth,” and spread God’s culture. The harmonious relationship between men and women remained as long as they kept their focus and trust on God.

Of course, because being ONE was God’s original intent for men and women, that was the first place the enemy attacked. When they acted independently from God and from each other (based on deceit and doubt), the result was full breakage! At the Fall, their vocabulary immediately switched to “I/me/my” rather than “we/our,” showing their individual isolation.

God created them to be ONE. The enemy stepped into the Garden to make them TWO. Jesus died on the cross and rose again to make it possible for them to once again be ONE.

And yet, many Christians continue to fight and push and shove and say, “No men are better! We are the leaders!” or “No! Anything men do, women can do better!” You get the picture. And often in the Church it devolves to, “Sure, women have equal value. You can teach children; but God doesn’t want you in the pulpit.” (Uh… was there a pulpit in the early Church?) or, “Yes, anyone can do anything. God includes us all! It doesn’t matter what you do in your bedroom or with your entertainment! Just come serve.” {{This paragraph is intended to show a spectrum within Christian belief from “shepherding patriarchy” on one side to “immoral androgeny” on the other side. If you don’t know us… we oppose both. It’s not about rights or roles, it’s about God’s mission and lining up to His character. Thanks!}}

Satan raises up the stronghold of disunity and seeks to keep the male and female divided and devoid of supernatural power. Now in every culture we find abuse, selfishness, low esteem, immorality, and violence. Along the way, the enemy loves hearing the screechy friction of disharmony.

But God has another plan. We can overcome the stronghold of disunity when we “fix our eyes on Jesus, the pioneer and perfector of our faith.” When Jesus’ goals become ours, we move together in unity and harmony. This godly team can be “scary good”! Knowing that men and women can possess the dynamic powerhouse of a clean relationship when they work together, the enemy absolutely hates unity between men and women.

Years ago, we found this awesome picture frame. It said, “Love does not consist in gazing lovingly into one another’s eyes, but looking outwards together in the same direction.” We could not agree more! When we look up at God and out at the world together, we share a mission that is unstoppable!

May sound a bit crazy, but UNITY is a spiritual weapon! Just before he went to the cross, Jesus prayed, “I in them and you in me—so that they may be brought to complete unity. Then the world will know that you sent me and have loved them even as you have loved me” John 17:23.

One man alone will not “let the world know,” nor will one woman alone. The impact of unity is reflected in the phrase, “THE WHOLE is greater than the sum of its parts.” One man or one woman is great. But the UNIFIED TEAM of men and women focused on God’s mission, empowered by the Holy Spirit, and walking in faith… this godly team can move mountains and shake the world.

When people work well together as God intended, it is beautiful and smooth. But when “wills collide” there will be pain! No unity or harmony equals:
–  No peace-filled homes or hearts
–  Less focus on God’s mission
–  No tectonic shifting
–  No mountains move
–  The Fallen world remains ignorant of God’s beautiful kingdom!

Pray that those involved in multiplying men and women for the Great Commission will wield the weapon of unity with great skill. Pray that their focus on God’s great mission will harmonize their efforts and shake enemy’s territory. May the mountains of DISUNITY and DISHARMONY be moved, in Jesus’ name!