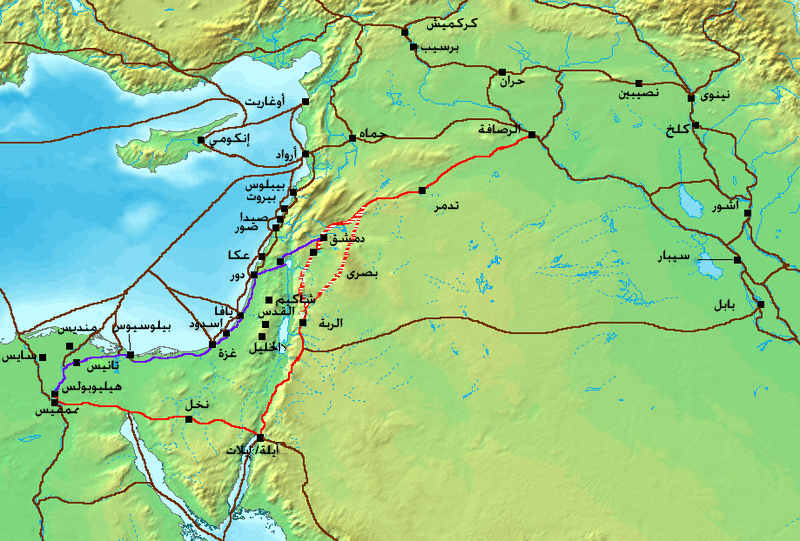 I remember in 4th grade my friends and I (Leslie) loved playing basketball. But a problem arose on the playground when there were limited basketball goals and the boys also liked to play. So to deal with this conundrum, I established a strategy. I still laugh when I think about how the other three girls followed along, and we always got a basketball and a basketball goal for almost an entire 4th grade year.

Jumping forward to the world of God’s mission… strategy is rooted in the character of God. His plans are intricate and massive, global and personal, and so much higher than we could think or imagine. Obviously believers should be directed by the Holy Spirit, and the Spirit can work in mystery and spontaneity. But today we will discuss strategy (which a group of kids in our home tonight described as “plans to help you win”).

Question, what do you think is significant about the geographic location of Israel – specifically with regard to God’s mission? Great question to ponder!

In Ezekiel 5:5 we read an awesome answer, “This is what the Sovereign LORD says: This is Jerusalem, which I have set in the center of the nations, with countries all around her.” God placed Israel at the nexus of three continents. He lined up His redemptive plan so that the message of Jesus’ kingdom could travel the international trade routes across three continents. Supplies, services, people and ideas from Africa, Asia, and Europe traveled the roads that flowed through Israel. The Roman highway system allowed the Gospel message to travel far and wide. That’s a strategy using geography.

God also set up a strategy (which still makes us scratch our heads) when he chose to extend His kingdom and mission through His people. He could do it so much more efficiently, powerfully, and perfectly; but he chose to limit himself and work through people. This power-sharing strategy may seem slow, but God gets great delight in partnering with his people for his glory. God showed not only a geographic strategy, but a partnership strategy.

Other examples exist of God’s strategic character, including the people-made-in-his-image strategy. So turning the focus on us, one question is, “How well are we Christians doing? Do we reflect God’s strategic mind? Do our churches engage in mission that displays God’s heart?

Sometimes yes and sometimes no. Here are a few of the more negative facts:
– 90% of ALL mission money goes to 10 overly-saturated countries that have majority Christian populations. Hmmm… is that smart? Strategic? Wise? Obedient? Faithful?
– Out of 100 full-time Christian workers from the US, 90 remain in the US, and 9 go to Christianized areas, while only 1% of cross-cultural workers labor in areas within the 10/40 Window, where half the world’s population lives.
– Over 2 billion people in the 10/40 Window have never heard the name of Jesus. Yet, out of every $100 that goes into the offering plate in the USA, only 1-5 pennies make it to where 95% of the world’s unreached people groups originate! $99.50 remains in the USA and 45 cents goes to Christianized areas. No wonder so much of the 10/40 Window has limited access and limited opportunity to hear of Christ!

The reasons behind such a lop-sided see-saw are many. In a later post we will unpack our understanding of this unbalanced rationale. But today we should simply realize that the Church can learn a LOT from considering Scripture and allowing it to help us engage the world. Jesus says, “The gospel of the Kingdom will be preached as a testimony to all nations and then the end will come” (Matthew 24:14). Jesus intends for every people group to hear of Christ! That’s Jesus’ ultimate goal, so do our strategies line up well?

Consider with us… is your church, is your family, are you making strategic choices for the Kingdom or are you stuffing more resources into heavily Christianized areas? Are you piling even more weight on the end of the see-saw that is already firmly planted on the ground?

10/40 Connections works in the areas with least access and opportunity. Join us and engage the world with strategy!