JOY TO THE WORLD CATALOG 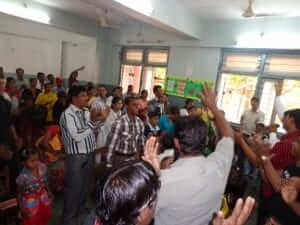 1. Equip Church Planting Leaders
“How can I have a clean heart?” Sonu (dressed in the white shirt, near the window) asked. “I have tried to follow many other gods, but none could give me the peace I have searched for.” Soon after his inquiry, Sonu and 7 others gained a clean heart through the Prince of Peace and joined a “house church” that meets in a school.

The Apostle Paul also inquired, “How can they hear unless someone preaches to them?” Help us equip message-bearers for the least reached. Why not gain an inheritance among the least reached by equipping an entire batch of church planters? 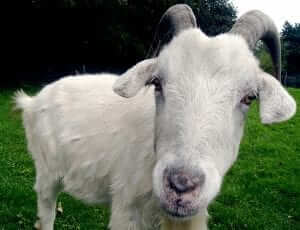 2. Multiplying Goats
Load up the goats! Help support a church planter’s family with a small herd of 4-5 goats. You can help start a goat farm which will produce an ongoing source of income for church planters. Goats multiply quickly and the demand for meat remains high. A mature female goat costs $55. A male goat costs $40. A pair costs $95. 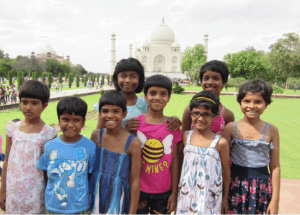 3. The Arise Home – India
“We must meet with other Christians! We must!” the girls pleaded. “Who is the one telling us we cannot?”

The past year the CWC (Child Welfare Council) increasingly pressured our local partners, telling them the girls in their care cannot attend any church! The girls were furious. Their persistence eventually paid off and they continue going to church. Just for good measure, the older girls lead a collective daily devotion. Their confidence is now soaring, and each child is also maturing well in school.

Rescued from dangerous situations, these 23 girls now thrive in a loving environment. You can support a girl’s education for a month ($59), a year ($708), or longer!

15. Care for Orphans in China
Local Christian churches in China care for little ones without families. Many of the children have physical difficulties.

$50 a month provides food, medical care, shelter, physical therapy, and the love of Christ for orphans in China. Join God in His concern for these children! 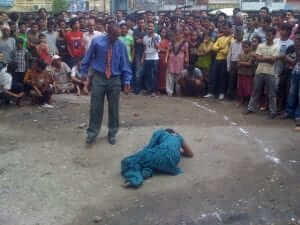 19. Raise Awareness through Drama
Crowds gather by the hundreds on dusty streets where an acting troupe depicts a tale of human trafficking. Using both humor and serious facts, crowds gain understanding about the reality of this travesty, how to recognize the crime, and make good choices to keep young people safe in their communities.

Thankfully, Mathu’s ingenious uncle had a cell phone and sent a Whatsapp message to a surgeon who works with some of our Indian partners.

Soon a life-transforming surgery, along with prayer in Jesus’ name, set Muthu’s family on the path toward hope.

Facial surgeries open relationships with many people that have never heard of Jesus. A $500 procedure can bring a family hope and tangibly transform a future.

Assets You Can Give